No state has more current NFL players than Florida, which had 212 players on league rosters during the 2021 regular season.

The Sunshine State’s impressive number towers above No. 2 California (191) and No. 3 Texas (179) and is roughly equal to the total of the No. 4 and No. 5 states, Georgia and Ohio (202 combined) — illustrating the gridiron pipeline Florida possesses.

And few states have produced as many NFL quarterbacks as Florida, which has seen 39 enter the league over the years — trailing only California (141), Texas (79) and Pennsylvania (54).

That means more than 5% of the NFL’s 721 quarterbacks have hailed from the Sunshine State, including a trio that will be jockeying for starting positions this offseason.

Even though there may not be Florida sports betting by next NFL season, there will be plenty of reason for state sports fans to keep an eye on the league. Below is an odds rundown of the QBs with Florida ties and their possible destinations in the year ahead.

Jameis Winston’s Odds to Be a Starter

It appears former Florida State quarterback Jameis Winston could be a hot commodity on the NFL free agency market in 2022, with New Orleans, Pittsburgh and Tampa Bay all listed as possibilities for the former Heisman Trophy winner. Winston’s best odds to start next season are with the Saints. Bookies.com’s betting analysis team gives Winston +500 odds of being New Orleans’ Week 1 starting quarterback, just ahead of Taysom Hill (+550).

Winston, in his eighth year in the NFL, has +800 odds of replacing Steelers longtime quarterback Ben Roethlisberger — sitting in fifth on the Bookies.com odds board behind Mason Rudolph and college prospects Matt Corral, Kenny Pickett, and Sam Howell.

Winston’s odds of returning to the team that drafted him No. 1 overall in 2015 are quite a good deal lower, with Bookies.com giving the Bucs +7500 odds of adding Winston as their start this offseason.

In states where it's available, BetMGM is now taking bets on whether or not Winston will start for the Saints in Week 1.

(Winston is a free agent; Hill is injured and may not be ready for Week 1) 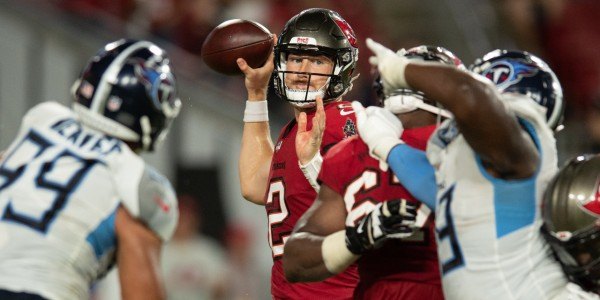 Kyle Trask, the former University of Florida quarterback, is the frontrunner to replace Tom Brady as Tampa Bay’s starting quarterback after posting a 17-5 record in Gainesville.

The Bucs took Trask in the second round of the 2021 NFL Draft, signing him to a four-year rookie contract worth $5.54 million.

The 23-year-old was a Heisman finalist during his senior season with the Gators, posting 4,283 passing yards and 43 touchdowns. He has yet to appear in an NFL regular season game but did complete 12-of-14 passes for 146 yards and a touchdown during last year’s preseason.

Tampa Bay coach Bruce Arians has long been considered a QB whisperer and could conceivably groom Trask to be the next star signal caller. Even without its quarterback set, Tampa Bay has the best Super Bowl odds of any Florida NFL team at +1800.

It appears the former Gator is the in-house choice to replace Brady, though things change fast in the NFL. 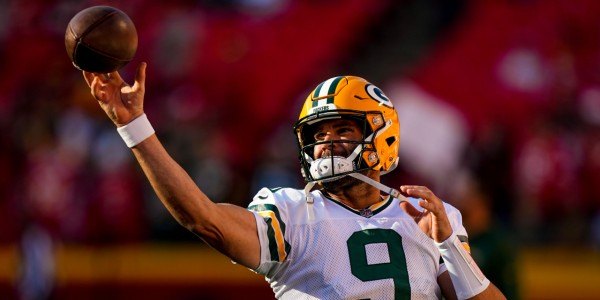 Will Blake Bortles Hit the Field in 2022?

One former Florida college quarterback searching for a permanent home in 2022 is UCF star and former Jacksonville starter Blake Bortles.

Bortles was signed by the New Orleans Saints to a contract in December to back up rookie Ian Book after the team’s top two quarterbacks (Taysom Hill and Trevor Siemian) were placed on the NFL’s COVID list.

He was then signed to a futures/reserve contract by the Saints the following month, putting him in the very crowded quarterback mix for 2022.

Adam Thompson, who serves as an oddsmaker at Bookies.com, gives Bortles +800 odds of starting for New Orleans in Week 1.

Thompson’s odds indicate the long shot nature of Bortles’ comeback attempt, after the former first round pick had been relegated to backup duty with the L.A. Rams, Denver, Green Bay, and New Orleans.

Bortles last appeared in an NFL game in 2019 with the Rams, completing 1-of-2 passes for 3 yards.

His last full season as an NFL starter was in 2018 with the Jaguars, when he threw for 2,718 yards and 13 touchdowns, while gaining 365 yards and a touchdown on the ground.

Bookies.com — Will Blake Bortles Be Saints Starting QB in Week 1

Though there are no noteworthy quarterback prospects from Florida in 2022, there are several at other positions that should hear their names called in the first round or soon thereafter.

Chief among those is Alabama and IMG Academy offensive tackle Evan Neal, who DraftKings Sportsbook is giving +200 odds of being the No. 1 pick in the draft, second only to Michigan defensive lineman Aidan Hutchinson (+160).

Neal is the lone player with Florida ties listed on the operator’s 2022 NFL Draft odds board, though Florida State DE Jermaine Johnson II is listed as the 16th best prospect by ESPN draft expert Todd McShay.

Florida’s Dameon Pierce is ranked by McShay as the seventh best RB in this year’s draft, while Gators DT Zachary Carter is listed as the ninth best at his position. Also on McShay’s list is CB Kaiir Elam, who’s ranked eighth overall at his position.

Christopher Boan writes for FloridaBet.com and has been covering sports and sports betting for more than seven years, with experience at ArizonaSports.com, the Tucson Weekly and the Green Valley News.