Anthony Richardson damaged his Heisman chances a bit after his Week 2 performance against the Kentucky Wildcats. Richardson completed just 14 of his 35 pass attempts for 143 yards and two interceptions.

Following an electric performance against Utah, Anthony Richardson's Heisman odds are +3500, according to the top sportsbooks around the country.

Sportsbooks were high on Anthony Richardson all offseason in terms of Heisman odds but there were plenty of other players getting more hype than the sophomore heading into his first season as the full-time starter.

Richardson even saw his Heisman odds tumble a little last month but that was mostly due to other players garnering offseason buzz leading up to the start of the season. Now, though, it's clear sportsbooks are focused on the Florida QB and his potential to bring home the coveted Heisman hardware in 2022.

Anthony Richardson's odds to win the Heisman currently place him among the top-4 favorites to win the award this year, just ahead of Georgia's Stetson Bennett (+2000) and behind USC's Caleb Williams (+600). Bennett joined Richardson as one of the top movers after Week 1 but both still sit well behind the top-3 favorites.

EDITOR'S NOTE: Florida sports betting is currently prohibited so there are no sports betting apps in Florida legally offering odds on the Heisman Trophy. Odds from FanDuel Sportsbook, which is available in other states, were used for this article.

Why Anthony Richardson Could Win the Heisman Trophy

Anthony Richardson stands at 6-foot-4, 240 pounds, has a big arm and can move the ball with his feet, so it's no surprise bookmakers were high of Richardson's Heisman potential before his breakout performance yesterday and are even higher on him now that he's shown them he can perform on the biggest stage. 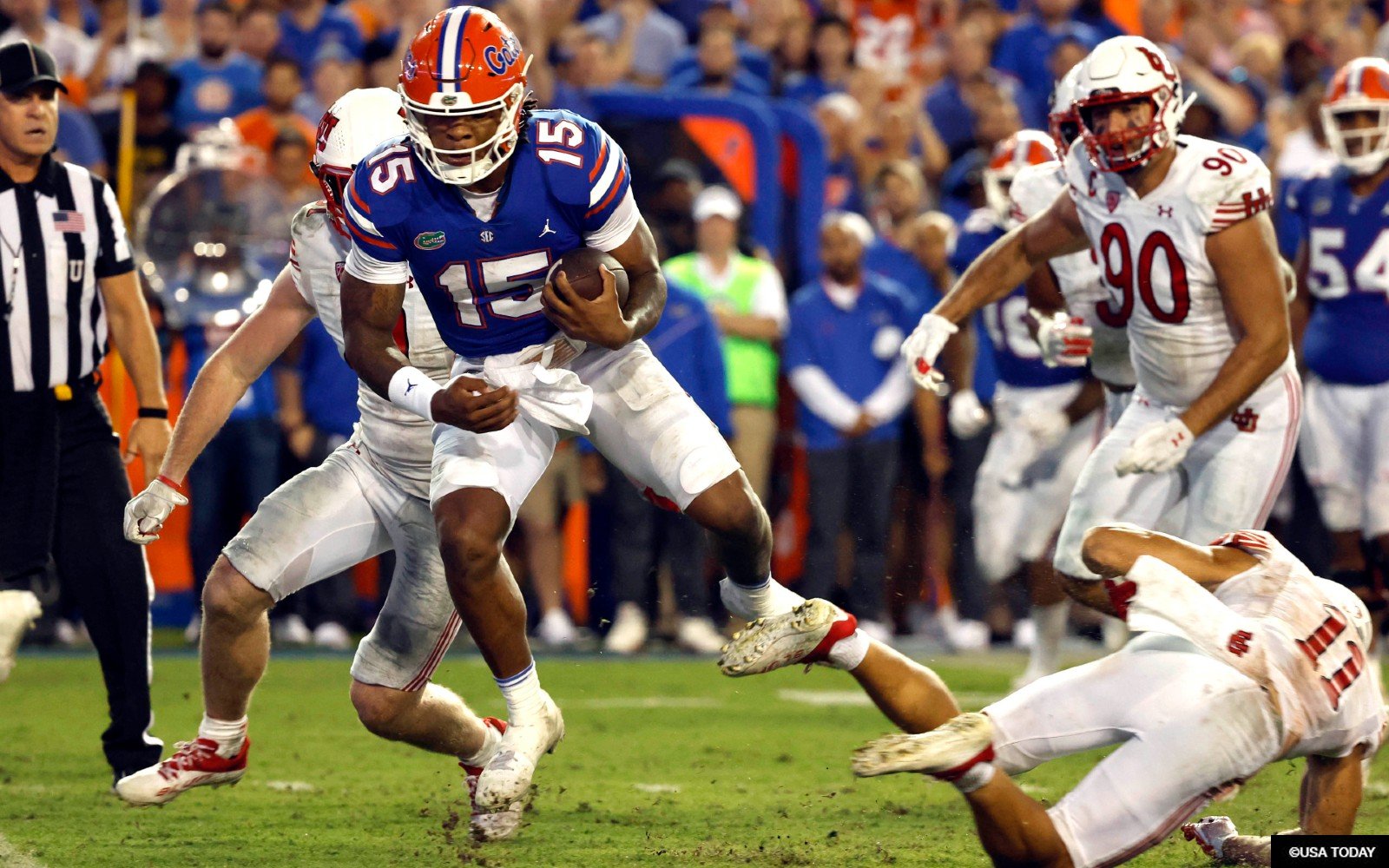 Still thinking about this Anthony Richardson play from last night 🤯

Things to Know about Anthony Richardson

If Richardson can pull off leaping multiple players and more 80+ yard passes and throws, as he did in glimpses last year, the redshirt sophomore is poised to take the world of college football by storm including the Heisman voters.

Anthony Richardson suffered two injuries in the 2021 season, including re-aggravating an old hamstring injury against USF on an 80-yard touchdown run and undergoing surgery for a torn meniscus in the off-season. Richardson practiced without issue all spring and summer, but hamstring injuries can be lingering as Richardson knows from experience.

Where did Anthony Richardson go to High School?

Where is Anthony Richardson from?

Anthony Richardson was born and raised in Gainesville, Florida. He grew up a fan of the hometown Florida Gators and committed to the Gators as a junior in high school.

Florida does not currently offer legal sports betting but anyone over the age of 21 can place a bet on Heisman odds as long as they are in a state with regulated sports betting like New York, Arizona, or Virginia.

No. Anthony Richardson was recovering from both a hamstring sprain and torn meniscus last season and during the offseason, but he is no longer considered injured. He practiced all spring and summer without issue or re-aggravation.

Anthony Richardson is born-and-raised in Gainesville, Florida – home of the University of Florida. Richardson grew up a fan of the Gators.