Heading into the 2021 season, Miami faithful placed their hope in the healthy return of D'Eriq King but it was the unexpected success of Tyler Van Dyke down the stretch of last season that has Hurricane fans excited about 2022. King entered last season among the favorites, but Van Dyke's the one who spent the offseason among the favorites this year.

According to DraftKings Sportsbook, Miami quarterback Tyler Van Dyke is currently listed at +4000 to win the Heisman.

Van Dyke led the Hurricanes to a 2-0 record to begin the 2022 season. Although he threw for 263 yards in Week 2, the Miami quarterback would throw just one touchdown and his first interception of the year. He was sacked four times by Southern Miss. Tyler Van Dyke will look to bounce back with a better performance in Week 3.

EDITOR'S NOTE: Florida sports betting is currently prohibited so there are no sports betting apps in Florida legally offering odds on the Heisman Trophy. Odds from DraftKings Sportsbook, which is available in other states, were used for this article.

The current favorite to win the Heisman heading into the season is CJ Stroud, who finished second in voting last year to Alabama quarterback Bryce Young, who is listed as the second favorite just behind Stroud.

Surprisingly, despite making the top 10 in terms of favorites, Van Dyke does not currently have the best odds among ACC players or even ACC quarterbacks for that matter. Clemson's DJ Uiagalelei is looking to rebound and it seems bookmakers have faith he will list him in the top five favorites to win the converted trophy next year.

Why Are Bookmakers so High on Van Dyke?

Van Dyke sparked a nice midseason turnaround last season for the Hurricanes and is a big reason optimism is high entering 2022. A 6-foot-4 native of Connecticut, Van Dyke is entering his third season in Coral Gables.

After a 2-4 start last season, Miami won five of its last six games and were healthy favorites for its Sun Bowl matchup against Washington State before a COVID-19 outbreak forced the Hurricanes to withdraw from the contest. Many are optimistic about the future of the program with former Oregon head coach Mario Cristobal taking the reins.

Over his final six contests in 2022, Van Dyke passed for at least 300 yards in each of them and totaled 20 touchdown passes, compared to just three interceptions. That included a 426-yard effort in a 38-34 win over Pittsburgh and a 389-yard effort in a hard-fought 33-30 victory over Georgia Tech. 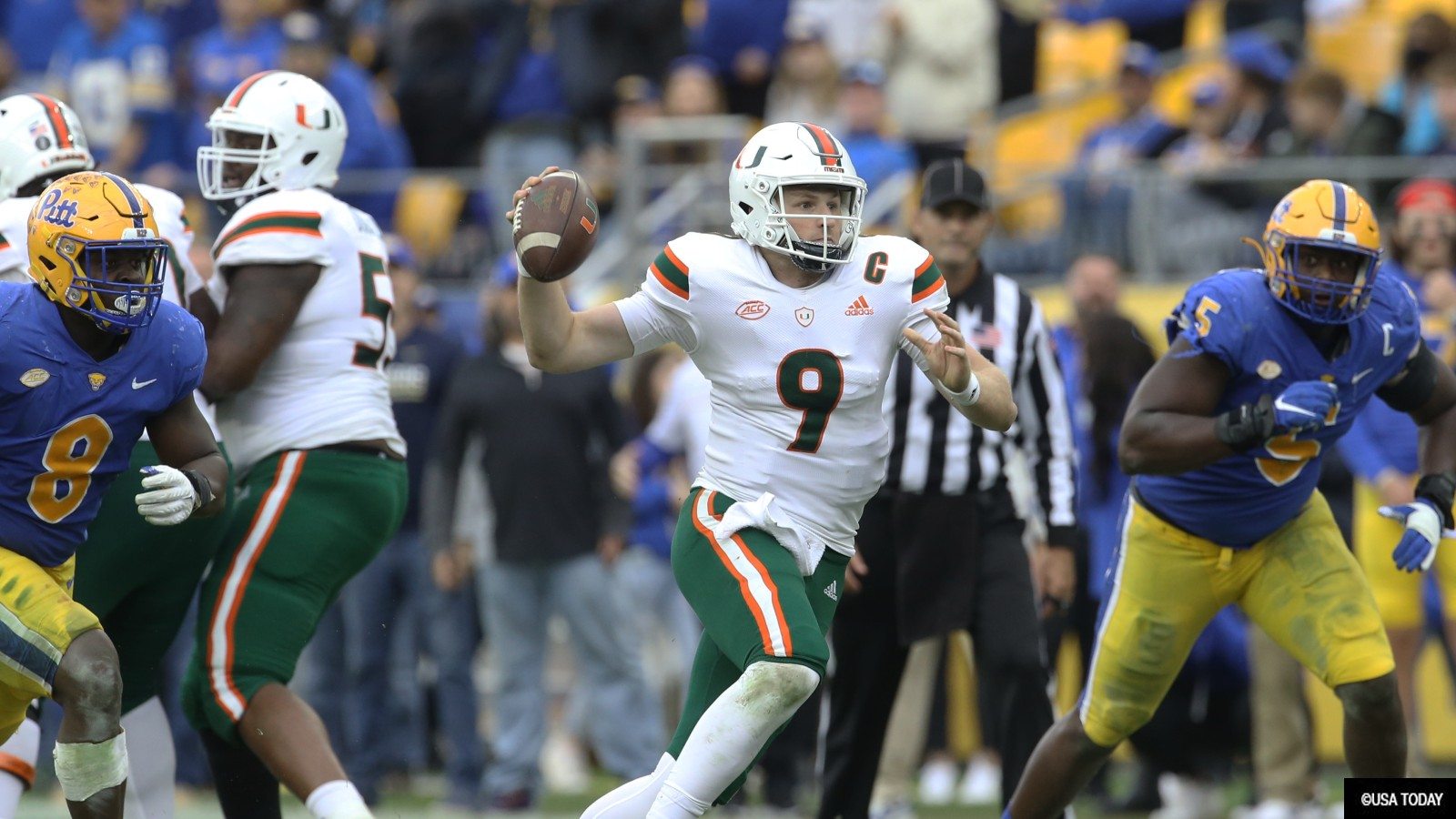 In 2021, Van Dyke led the ACC by averaging nine yards per pass attempt. Only Pittsburgh’s Kenny Pickett, a Heisman Trophy finalist and the No. 20 overall pick in the 2022 NFL Draft, had a higher passer rating.

As for Miami, it hasn’t had a Heisman Trophy winner since 1992 when quarterback Gino Torretta claimed the crown. The only other winner for the Hurricanes also played quarterback. That was Vinny Testaverde in 1986.

No Miami player has finished in the top five for the Heisman since running back Willis McGahee and quarterback Ken Dorsey finished fourth and fifth, respectively, in 2002.

Van Dyke should have a chance to put up big numbers early on as Miami opens with home contests against Bethune-Cookman and Southern Mississippi. His first chance to turn heads nationally will likely come on Sept. 17 as the Hurricanes head to College Station to take on Texas A&M.

Tyler Van Dyke is currently +4000 to win the Heisman in 2022, according to DraftKings Sportsbook, which places him among the top 15 favorites at the start of the 2022 season.

Florida does not currently offer legal sports betting but anyone over the age of 21 can place a bet on Heisman odds as long as they are in a state with regulated sports betting like New York, Arizona or Virginia.